It was Jen’s turn to host Cookbook Club this month, so I decided to help her out a bit. She was inspired by her new Half Baked Harvest Cookbook and wanted to try two recipes that brought out Fall and Asian flavors. I told her I would create a drink to follow her inspirations. 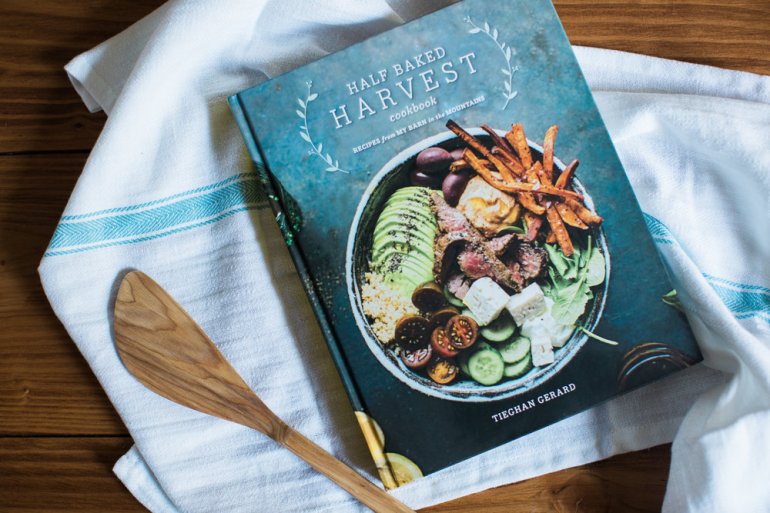 My drink was on my mind while browsing the farmers market in Tacoma, WA. I did a quick tasting at the Finn River Cider Garden. Lets just say these farm crafted hard ciders were delicious. I especially enjoyed the Forest Ginger Cider. Immediately, I thought about combining this cider with whiskey, fresh pear juice and nip of candied ginger. That would definitely fit the bill for the Fall/Asian inspired Cookbook Club dinner. I took the cider home and Jen and I had an afternoon happy hour testing my ideas. We were in agreement that we liked the crisp flavors that were mixed together in this Fall cocktail. 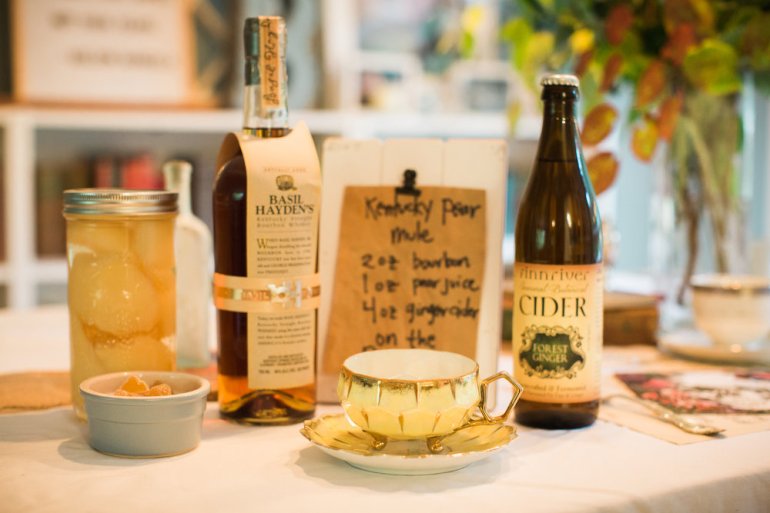 Experimentation is where it is at.  Even though Jen and I liked our original version of the drink, we wanted to test other ideas.  Initially we mixed specialty ginger cider, bourbon and pear juice – then we tested it with a dry cider and a ginger beer ( in lieu of the craft ginger cider).  We didn’t like the dry cider version, as it was a one note cocktail. However, we really liked the ginger beer rendition of this drink.  We felt that it played well with the whiskey, while giving you a punch of ginger and a hint of pear. Now that the cocktail part of the party was set- we could move onto the other details.

Jen doesn’t disappoint when it comes to her artistic flair.  Her table settings were divine! Tea Cups for the cocktails – what a good idea! 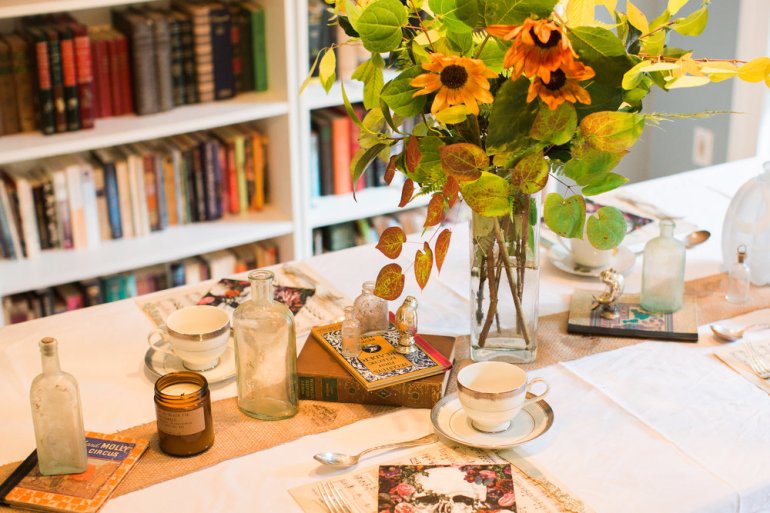 She went around her yard and gathered little bits of Autumn and then mixed in candles, pumpkins and skulls.

The dinner presentation was on point. The soup, Thai Butternut Squash and Peanut Soup, was fragrant; the curry and squash, along with a host of fresh herbs stood out. Each bite was velvety; sweet & spicy notes flooded my senses. I just loved this soup, if you couldn’t tell! On the side we served a fresh roll, Shrimp and Mango Summer Rolls, that had mango, avocado and shrimp along with several other vegetables and herbs. Cheers to Tieghan Gerard, author of The Half Baked Harvest Cookbook: From My Barn in the Mountains.  We applaud her for her creativity and wonderful use of ingredients.

Kentucky Pear Mule
by Heather Fay October-27-2017
A spicy sweet twist on the mule with bourbon, ginger cider and pear topped with a candied ginger.
Ingredients
Instructions
Add ice to a tumbler, pour in the cider, bourbon and pear juice. Stir well and top with the candied ginger.
Details

Plan your own gathering with a signature drink that will keep your guest wanting more.  Create a connection between your food, drink and décor – it will make your guests feel extra special. 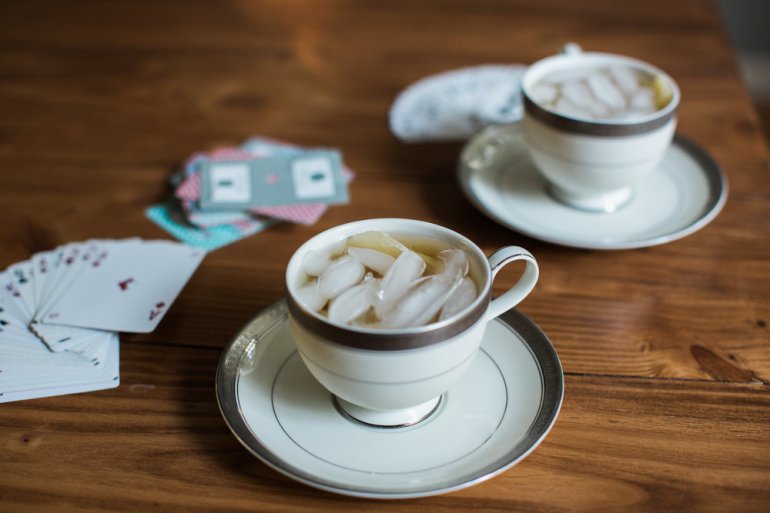 Even if it is a game of cards or a Friday night happy hour, make sure you have something refreshing to serve. Enjoy creating and experimenting – your guests will appreciate it. Cheers!!